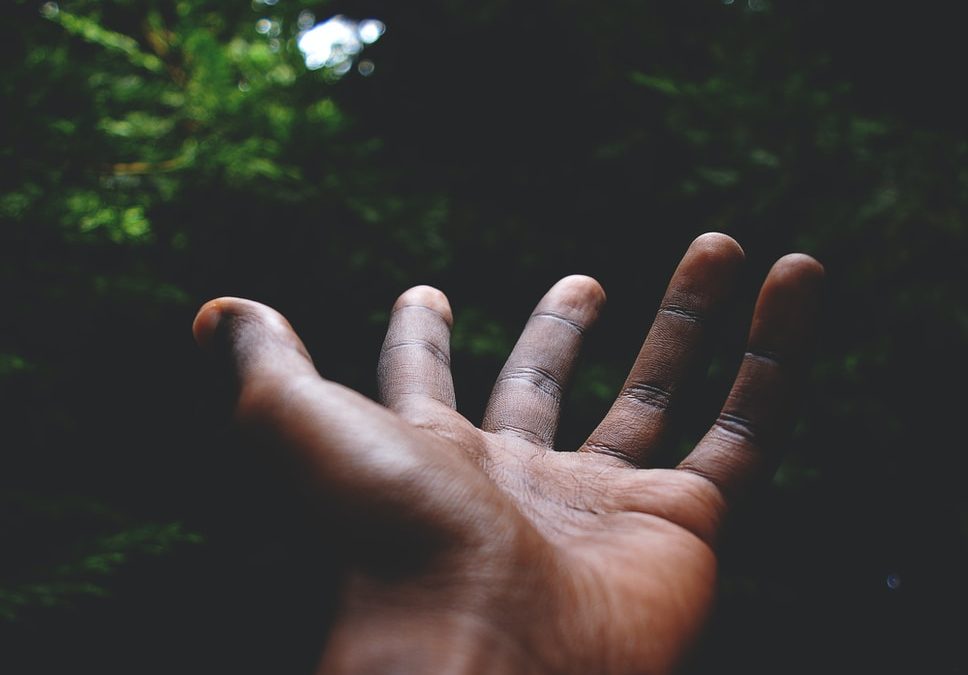 Approx. Reading Time: 6 minutes
As too often, the poorest and most discriminated against are suffering most, and bearing the brunt of an unequal neoliberal agenda.  This is a serious political issue, literally deadly serious

One of the extremely shocking features of the current epidemic is the disproportionate number of people from Black, Asian and Minority Ethnic Groups who have become ill and died. For example, many US cities report that 70% of the deaths have been from minority groups, even when these groups make up only 30% of the population. In the UK it looks like about 35%  are from non-white populations who in fact make up only 13% of the population, although, possibly as a cover-up, the government seems to not even be recording race and ethnicity formally.

There is a lot to unpick here, some speculative. The disproportionate illness levels are linked clearly to who is bearing the brunt on the front-line. Those designated as keyworkers, such as nurses, doctors, and equally those who work on public transport, in supermarkets, in refuse collection and many other ‘essential’ services, are at most risk of exposure to the virus. Many also have zero-hours contracts, work in poor conditions and are struggling to keep bread on the table and pay bills. A disproportionate number of people from BAME groups work in poorly paid insecure roles such as those above.  Similarly nursing in this country is shockingly under paid and a disproportionate proportion of nurses come from BAME backgrounds, and indeed vast numbers are imported from abroad due to worrying staff shortages.

Viral load, the sheer amount of exposure to the virus, is obviously an important causative factor, and explains some of the deaths of front-line health workers, but it is hard to square the pictures of the first 10 doctors who died in the UK all being from BAME groups. While some have hypothesised genetic predispositions, other research has talked about certain blood-types conferring resistance, and others talked of vitamin D deficiency, the jury is still out on these factors. Dietary factors linked to culture and social class/poverty might also be an issue (e.g. high fat, salty, sugary and especially processed foods). In addition, there likely is also unconscious racism, with certain groups possibly prodded to take on the riskier tasks, but we do not know for sure.

However, what is incontrovertible is that a disproportionate number of people dying and having serious symptoms have what has euphemistically been called underlying health conditions. Those who seem particularly at risk are people who have well above average obesity levels, diabetes, heart and lung conditions and a range of metabolic syndrome disorders, as well as those who are immuno-suppressed. For the under 60’s for example, being obese seems to at least double the risk of hospital admission and indeed, mortality, and this has been seen in many countries, including the USA, UK and France.

This is by no means just bad luck and needs urgently to be linked to other findings out there about the effects of inequality, discrimination and particularly the long-term lifetime effects of Adverse Childhood Experiences (ACE’s). The data we have seen linking obesity and Covid-19 illness severity is crude, based primarily on Body Mass Index (BMI) measures, but we know that BMI is just one of many biomarkers linked with ACE’s .

What we know for certain is that, generally, more adverse life experiences, especially earlier on, are linked with worse health outcomes later, and to earlier death, and Covid-19 is not about to make an exception to this.

Multiple detailed studies show how, using basic measures of ACE’s, the more ACE’s someone has experienced, the worse the physical as well as mental health outcomes. While obesity is one marker, we see the same link and trajectory with, for example,  hypertension, heart disease, strokes, cancer, diabetes, arthritis,  lung disease, insulin resistance, inflammatory disorders, to name a few, and that is without mentioning the host of psychological effects, from depression,  anxiety disorders, eating disorders, a list too long to write. Typical, and hugely relevant for Covid-19,  is the clear link between ACE’s and COPD, Chronic Obstructive Pulmonary Disease, a huge cause of death anyway in the western world, and about 2.6% higher in those with 5 or more ACE’s.

It is important to note a few things here. While adverse experiences might increase the likelihood of behaviours which are risky, including smoking, poor diet, addictive behaviours, still, the pathways to such ill-health and the links between psychological and physiological states are multi-layered and overdetermined. Yet, seems clear that important genetic pathways are turned on or off by adverse experiences, one example being the glucocorticoid receptor, very linked to many serious psychiatric disorders. Being under stress and thereat lowers our immune responses, and anyone’s immediate survival needs in the face of danger will trump the body’s desire to look after long-term immunity. Indeed cortisol, often seen as the ‘stress hormone’, is a steroid with immune dampening effects.

Similarly, more Adverse Childhood Experiences equates with a range of effects on the nervous system, and the brain (eg on the hippocampus, amygdala, PFC and so much more). Constantly being on ‘red-alert’ for danger or stress has powerful effects on immune functioning and the ability of the body to relax and recover, the healthy parasympathetic ‘rest-and-digest system barely getting a look-in while we are under threat.

How does this link to BAME morbidity and risk in the current crisis? People from minority ethnic groups are grossly over-represented in the population struggling with poverty, economic stressors, scary neighbourhoods, psychiatric problems and so much more.  We are seeing the effects of structural inequality at a society-wide level. Of course, as scholars such as Wilkinson and Marmot have shown unequivocally, inequality itself in a society has profound health effects. The more unequal societies have much worse health outcomes than more egalitarian ones.,

This is without taking account of the effects of, for example racism. Racial discrimination alone has an effect at a biological and cellular level. Those from minority groups in areas of the US with more discrimination have been found  to have higher levels of the stress hormone, cortisol, and also show faster biological ageing, as measured by telomere length. This is mediated by oxidative stress and is linked, for example with type-2 diabetes and obesity.  The over-determining factors pile up. More stress increases the propensity for addictive behaviours, for having raised blood sugars (needed in fight/flight responses), for eating the /sugar/salt infused food peddled by fast food companies, to conserve fat more, to affect sleep, needed for immune responses, and so it goes, on and on and on. This is the tip of the iceberg.

We might add to this the effects of lockdown. While the privileged, like myself, can manage to pay bills and buy food and have a home with internal and external space, many families lack this pressure valve, and were already experiencing huge emotional challenges pre-Covid. As children’s charities are warning, such serious chronic stressors are being exacerbated in the current crisis. We have seen an increase in domestic violence reported and we might surmise that there is also likely to be an increase in child maltreatment.  People in such families are already suffering, especially the children perhaps, but the chickens will certainly come home to roost in terms of poor health outcomes later in life, and indeed intergenerationally.

We need to begin to take this research very seriously. As Marmot’s recent report showed, health inequalities, even pre-covid, had worsened in the last decade, Life expectancy has stalled in the UK, inequality has widened, and more people are predicted to be in worse health as they get older.  Perhaps most worrying of all, wealth inequalities have grown hugely, and of course on average those from BAME groups tend to suffer the worst effects of this.

Thus while it is true that there are links, for example, between obesity and COVID morbidity, the obesity factor is just one piece of the puzzle. Without doubt, racism and discrimination needs to be taken very seriously, and fought against, but it also needs to be linked to structural inequalities. Obesity is just one of multiple biomarkers that we might use and there is host of other measurable markers one could point to.

This is a serious political issue, literally deadly serious, and as often the poorest and most discriminated against are suffering most and bearing the brunt of an unequal neoliberal agenda. This is not just about the level of NHS resources, and who has access to them, although it is as well. This issue of who is ill and dying and why, goes to the root of how we have organised society, and the effects of this are showing up at a biological and cellular level as well as psychologically. While we all applaud the amazing courage and generosity of our NHS frontline workers, this might also be a moment to stand up and be heard campaigning about racial and other inequalities.