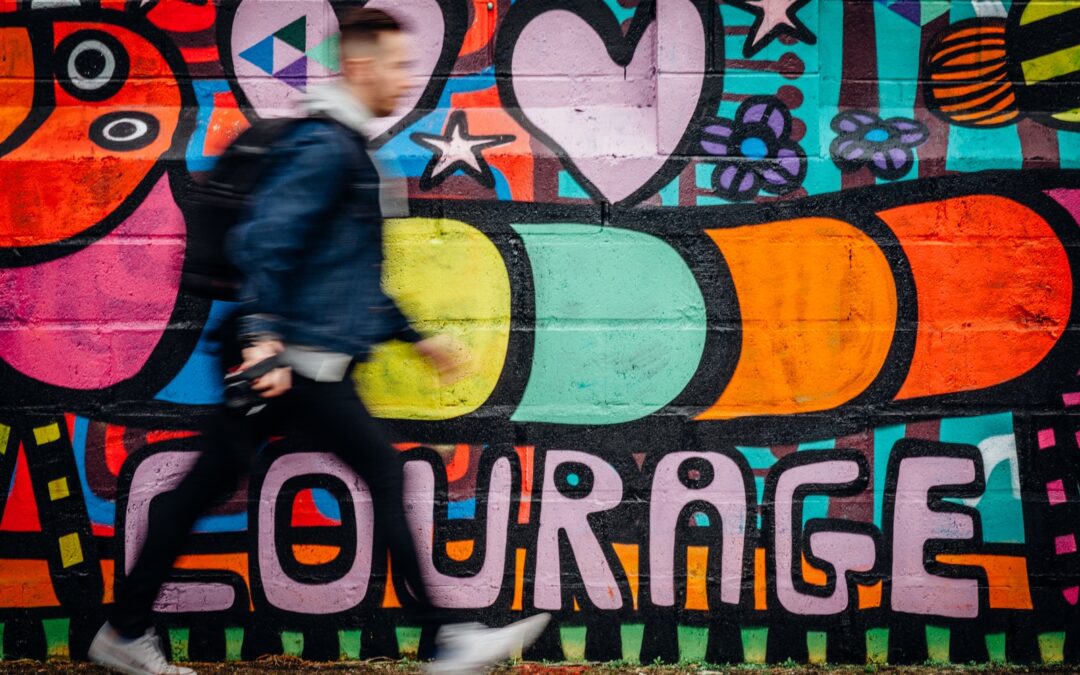 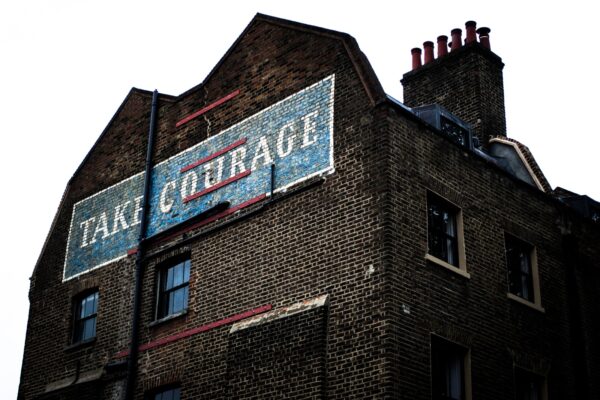 Watching coverage of the war in Ukraine, and the almost unthinkable courage shown by Ukrainian soldiers, inspired by Zelensky, I have once again been reconsidering the way we describe fight, flight and freeze responses. I increasingly feel they should not be used together as part of the same category. While Porges has helped us see that flight and flop need to be differentiated, it is also clear that fight is very different to both.

Courage, like other hope-filled emotional states like zest, is contagious. Indeed zest was recently defined by psychologists as a component of courage, associated with being energetic, enthusiastic, hopeful, being prepared to face challenges rather than shirk them.

There is an internal force, what Symington called a lifegiver, which denotes an unconscious part of the self on the side of desire and courage, a kind of encouraging internal parental voice, enabling us to overcome fear to risk change and action. It is something I have often admired in others and longed for more of in myself.

Huberman helpfully pointed out how the dopaminergic system, when not overstimulated and out of balance, allows us to pursue goals, keep on task, not give up, and enjoy a challenge. This system can turn off when hope, confidence, enthusiasm, and our lifegiver desert us, which can lead to this system being hijacked by easy access to contemporary temptations, such as screens or drugs. 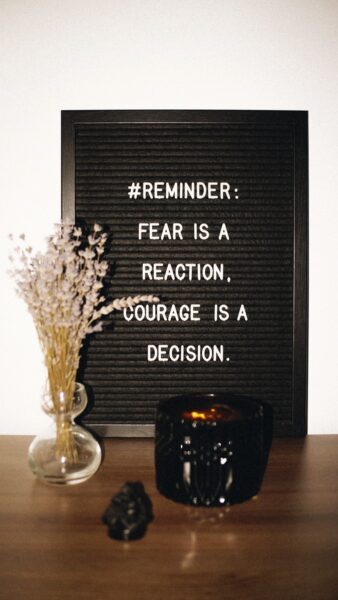 Much in the contemporary world works against this, such as easy buzzy rewards of  screen-based games or new drugs. If I am hunting for food and I know my prey or reward is near, I will have a dopamine spike in physiological systems that enhance effort. Something healthy is being sparked here and will keep me on track to reach my goal. Hence Huberman has called the dopaminergic system a kind of courage circuitry. The need for courage and determination has been cut out of many contemporary rewards which are too easily on hand. 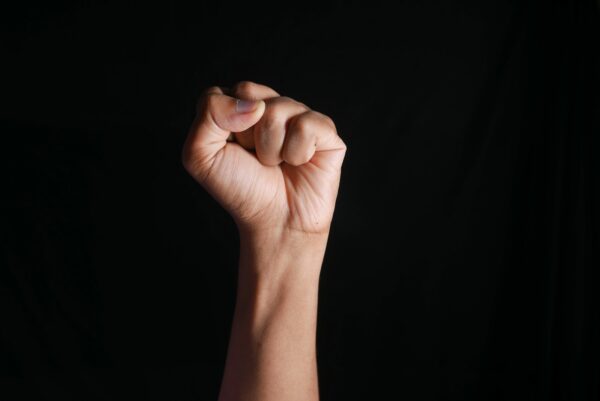 The kind of reward system we want is, I believe, one that can fuel us when we feel like giving up, keeping us motivated when there is a long road ahead. This confirms what the neuroscientist Richie Davidson found in secure, outgoing toddlers and adults. The ones who moved towards experiences with an open, positive state of mind, with a sparking lifegiver, showed higher activation in left prefrontal brain areas associated with positive feelings. This is needed in genuine courage, particularly when in courageously standing up for what we believe in. Mindfulness gives rise to a leftward shift in prefrontal brain activation, linked to hope and an approach, rather than avoidance, mindset, which I believe is linked.

Such traits  – courage, hope, determination, even aggression  – help drive us forward, as in the determination of a hunter, or when daring to fight rather than flee under pressure. Flight feels very different to fighting. It is a good feeling, linked to potency and efficacy, to what is often called the ‘growth mindset’. In many clients and myself, I seek to activate systems that drive us towards goals, towards and not away from the good things that life has to offer, to have strength (a strong back), open heartedness (soft front), and energy, zest, and determination (a wild heart). 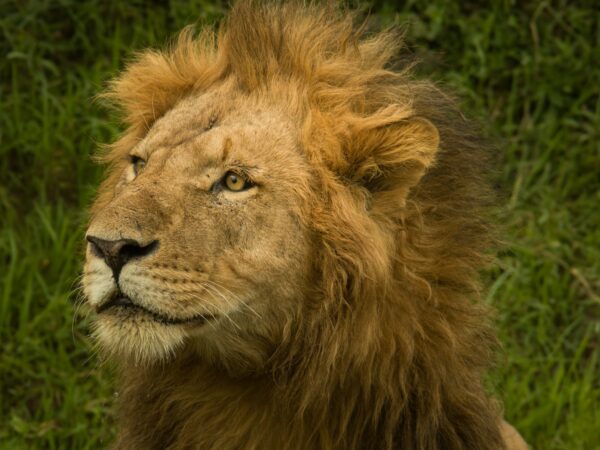 Huberman quotes research by a psychiatrist, Robert Heath, in the 1960s. Heath used electrodes to stimulate brain regions that elicit a wide range of emotional responses, such as sexual feelings, forms of euphoria, as occurs with drugs, and various other feeling states. Perhaps surprisingly, the stimulation the participants liked most and wanted more of was of the brain area central to courage, taking risks, and facing threats. It seems that we want some manageable frustration and the capacity to push through it. In other words, resilience, and the ability to thrive under pressure, are crucial capacities.

In freeze we are preparing, sometimes bracing, and the options of either fight or flight remain open to us. In freeze we are immobile, heart rate lowered, but probably orienting, scanning the environment, non-consciously taking in signs of immediate danger, preparing to actively make oneself safe. I have known this all too well, and also the common next steps, flight, which is still powerful, muscular and has a sense of agency. I have also known what happens when this fails, the move to numbing, flopping, tonic immobility.

Yet fight is different, it is linked to hope, courage and a sense of power, indeed to sparking. Courage is a trait I definitely have often wished I had more of. Feeling hope, being brave, taking risks, these are still scary but are very different to flight, let alone flop, they are hopeful positive states, linked to potency and agency. Resparking requires courage, and as I know too well, it feels risky to trust our internal lifegivers and dare to feel hope and passion, let alone anger, and to live with a strong back, soft front and wild heart.