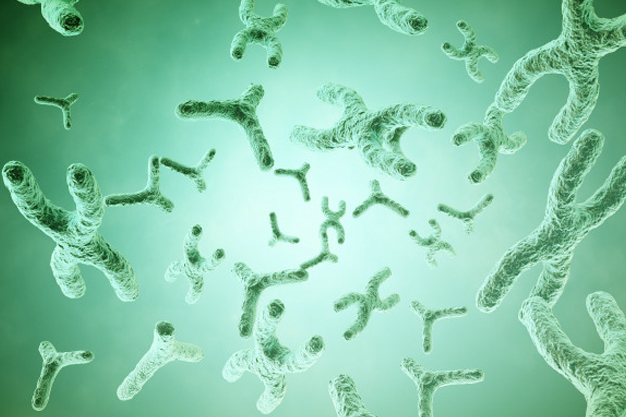 In the last few days I came across yet another interesting article [1] showing that prenatal stress is linked with  shorter telomeres. Telomeres are those caps on the end of chromosomes that can fray and shorten with stress and age [3], are a classic biomarker for health. Shorter telomeres are bad news, heralding ill health, and indeed, early death, or in other words early stress might program the body to develop a faster metabolism, which also leads to faster ageing and more physical and mental illness. One recent meta-analysis looking at over 40 papers corroborated how early adversity, such as abuse or neglect, links with shorter telomere length [2].

Such research gets right to the centre of many controversial issues in psychology and social thought, such as the classic question, what influences us most, biology or culture? Or, what explains human development best, psychology, neurobiology or social sciences? I have been struck recently by how much rancour and disagreement there is between people who could be pulling together for a common cause, rather than becoming mired in controversy and competition between different academic disciplines or practices. For example many feminists and critical psychologists are still suspicious of attachment theory, seeing it as parent blaming or anti-feminist, while others critique the neuroscience research of recent years as making too grand claims, being too simplistic, again parent blaming, too apolitical, too individualising as well as being too bleak about the effects of bad early experiences. On the other hand, therapists and those interested in attachment and neuroscience often complain about defensiveness in those who cannot take seriously the effects of early experiences such as trauma or neglect, preferring to naively see children as ‘resilient’. All sides have a point, but the real point is not to score points but to find ways of using what we have found out to alleviate suffering and fight for better lives at a time when these are so under threat.

It is bad enough that in politics we see such entrenched positions which fail to see the other person’s perspective, but in areas such as psychology and psychotherapy we might hope for an attempt to less entrenched, to listen to others, and be prepared to offer empathy and learn from others. We do not need different sides knocking down straw men to win points. We are now able to put these perspectives together to gain exciting insight into how humans develop as they do and why, which allows us to campaign for what we might try to do about it.

What is in no doubt is the effects of Adverse Childhood Experiences (ACES) [4]. The more and the worse the bad experiences (e.g. abuse, violence etc) the worse the long-term health outcomes way into adulthood, including earlier likelihood of heart disease, cancer and early death generally [5]. Massive cohort studies have shown this unequivocally [6].

We can understand the issues and try to intervene at various levels, such as levels of individual children, parenting, community, at the level of society e.g. on the effects of poverty and inequality, or from alternative angles such as race.

We can think about the telomere research at a variety of levels,  in terms of parenting for example, as  we know that exposure in the home to forms of maltreatment [7] [8] such as violence [9] or neglect  [10], are all linked to shorter telomeres ( as well of course as other biomarkers.)

I mention telomeres but we could alternatively take a range of other biomarkers, such as inflammation levels, or Heart Rate Variability, or the effects of experiences on brain architecture or neurochemicals, whether feel-good ones such as serotonin or oxytocin, or feel-stressed ones such as cortisol.

These are social and political issues. For example, allostatic load (i.e wear and tear on the body as a result of major stresses) is profoundly linked with social inequalities and to poor health outcomes [16], while socioeconomic inequalities are also linked to a huge range of poor health outcomes [17] and massive health disparities [19]. We also know how these effects are mediated through the effects of social stressors on parenting [20]. For example. When living in very challenging economic and social circumstances we are less likely to maintain an ongoing capacity to calm or empathic. Children of such parents respond to a variety of psychosocial stressors, including stressed parenting, scary neighbourhoods, lack of food, in a way that leads to later mental health problems [21].

The hopeful thing about such research is that we learn that we can (and should) intervene at a variety of levels. In this we need to retain as much complex thinking as possible. The effects are subtle and mediated by a variety of factors, at different levels, whether the epigenetic, neurobiological, social, environmental etc. We do not know for example exactly how minds are affected by experiences or how bodies are affected by those same experiences, or how these might link.

Yet many illnesses and diseases can be seen as ways in which socio-economic effects become written into our embodied states. On the level of the individual, this is inevitably mediated by a range of symbolic understandings that are culturally specific [22] . Understanding what is a racially discriminatory gesture and its deep symbolic meaning, or what a neighbourhood with many boarded up shops denotes, are but two signifiers whose meaning is interpreted at an individual and social level, normally non-consciously, probably via a process called neuroception [23]. Yet these signifiers havea  profound effect. Boys who live in areas with more boarded up houses, for example, tend to have higher testosterone levels [24] and take more risks and the interplay between various levels, such as neurobiology, social analysis, psychological/mental states, symbolic meaning, is complex, and understanding from one level cannot easily be reduced to understandings in another.

We know that the ways in which these socio-political forces take effect, via non-conscious mental processes, can also be a key to combating them. The secret is in becoming aware of the processes so that we can step outside of them, as psychotherapists know well. This is what Viktor Frankl meant by his oft-quoted statement that ‘between stimulus and response there is a space. In that space is our power to choose our response. In our response lies our growth and our freedom.’ This is central to all forms of psychotherapy, developing a capacity to reflect on experience, rather than just act. This is also central to mindfulness and stepping out of ‘automatic pilot’. In other words, it is making the unconscious (or nonconscious) conscious, as Freud said, the political equivalent possibly being lifting the veil of what Marx called ideology. These are the first steps towards change, and this is why we need the broadest range of perspectives to really understand what is happening.

So what about telomeres? Are we doomed when ours get shorter? Interestingly in recent years more research has suggested that how we live, and what we do, how we approach ourselves, can all affect telomere length. For example, an early study showed how mindfulness practice gives rise to a lengthening of telomeres [25], and a meta-analysis suggests equally hopeful results [26]. Recent smaller studies have tried to isolate what factors give rise to longer telomeres in meditators, and these look likely to include being able to stay with, not avoid, difficult experiences and also more self and other compassion [27].  Many other studies suggest a similar hopeful effect, such as on cancer sufferers [28]. Thus, much is looking hopeful. More sensitive parenting reducing the risk of shortened telomeres in maltreated kids, for example [29]. So, while drug companies invest in drugs that can affect telomeres, in fact the answers are clear. We need lives that are less stressed, less traumatic, filled with love and attention, in environments that feel good to live in, with less violence and degradation. These of course are political issues.

The task then is to aim to become conscious of forces that act on us, and hence also of possibilities for change, which means trying to become aware of social, psychological or political forces that otherwise run our lives without us knowing about them. All of the disciplines I have mentioned and more are involved in casting new light on understanding psychological and social processes, and thus potentially unleashing radical potential,. We need all the levels of analysis, and more.  Whatever our personal academic, political, social or psychological biases, whether neurobiology, social and political analysis, epidemiology,  psychoanalysis, evolutionary thinking  or any one of multitudes of others, we need to join forces and use the knowledge and understanding that others can provide us with so that we can continue to fight the fight that is needed.  As the great James Baldwin said “Not everything that is faced can be changed, but nothing can be changed until it is faced.”

[24]      R. E. Tarter et al., ‘Prospective Study of the Association Between Abandoned Dwellings and Testosterone Level on the Development of Behaviors Leading to Cannabis Use Disorder in Boys’, Biological Psychiatry, vol. 65, no. 2, pp. 116–121, Jan. 2009.