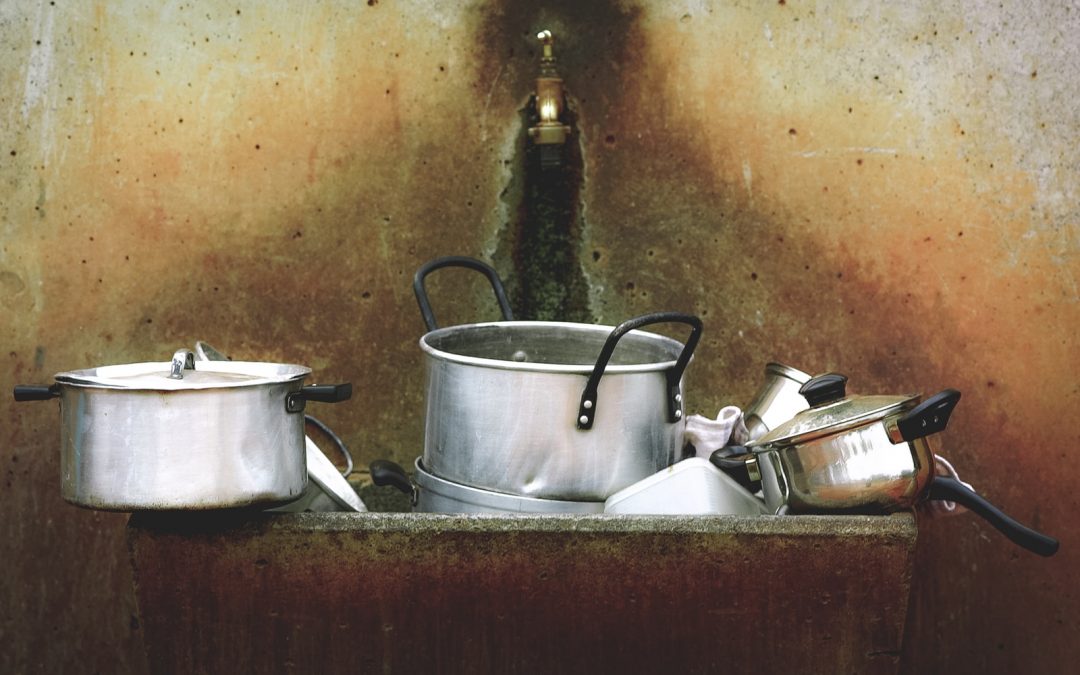 A version of this blog can also be found on the Tavistock and Portman NHS Foundation Trust website here,

An NHS Trust in Yorkshire recently decided to deny non-urgent treatment to obese patients and also to smokers. A recent guardian article called this a form of discrimination similar to racism. It is true that we are facing an epidemic of obesity and linked health issues including diabetes and heart conditions. The solution is not to discriminate against or blame people who in many ways are already victims. There is a danger that our discourses about food and obesity become another way of blaming the poor for their poverty and its effects. People are criticised for being lazy, greedy, lacking control or selfish, yet often what drives eating is far outside consciousness and has sensible explanations.

I want to return to basic research and scientific understandings which find little place in most discussions about food, weight and obesity. This is not even about the effects of some of the worst excesses of advertising in which we are sold images of pre-pubescent bodies as the ideals we should all aim for. There is already a substantial literature about this, from the likes of Susie Orbach  and others (Orbach 2010). Nor is this about the extraordinary profiteering of companies using substances like corn syrup, which researchers say can induce addictions, nor the excessive use of sugar and salt and fats in our foods. Both media hype and the selling of unhealthy addictive substances badly need addressing and contribute to the problem, but the story is bigger than that.

One of the central themes of Nurturing Natures, the second edition of which has just been published, is the extraordinary adaptability of humans. We mould ourselves to fit into our environments, both in the physical world, where we live in artic cold and Saharan heat, and also in emotional worlds, such as violent or abusive or loving or fearful families and communities. Obesity is in many ways another example of our adaptability, as we see if we look at the research.

Research shows that stress and an uncertain future makes us attracted to fattening foods (Laran and Salerno 2013), and also that poverty and inequality induce a propensity to seek high calorie foods (Bratanova et al. 2016). If you subliminally give people messages suggesting that harsh economic times are around the corner and then you offer them both high and low calorie food, they tend to choose more fattening food than those given more hopeful messages. Indeed, when both groups are offered exactly the same food, but some are told that this food is high calorie, those receiving messages of economic trouble or hard times consume considerably more of the supposedly high rather than low calorie food.

This makes sense from an evolutionary perspective. In our hunter-gatherer pasts when the environment and food sources were uncertain and there was little sustenance available, our bodies pushed to stock up on calories and fats. These are not conscious decisions but bodily-led non-conscious instinctual ones. The flip side of course is that when we feel at ease, safe and under no threat then we tend to eat more healthily.

Other studies have shown that during the recent recession food spending reduced, and people spent more on foods which were higher in calories and saturated fats (Griffith et al. 2014). The research mentioned above suggests that such choices were influenced by similar non-conscious preferences for conserving calories in times of need.

Our bodies’ different relationships with weight and stress doesn’t end there. Extraordinarily, if we have a stressful or depressing event 6 hours before eating a high fat meal, then our metabolism slows down and we are more likely to put on weight. The same meal given to someone not experiencing stressors would enter their unslowed metabolism. This can translate to around an 11kg weight difference over a year for stressed or depressed people compared to a non-stressed control groups (Kiecolt-Glaser et al. 2014). Stress and anxiety actually alter the bodies inflammatory responses, which in turn effects how we metabolise foods. So in effect, stress increases the propensity for obesity (Kiecolt-Glaser et al. 2016).

It goes on: there are very many other powerful links between stress and obesity. Stress links to poor sleep and poor sleep links to higher body mass index, less healthy eating (Kjeldsen et al. 2013) and greater risk for obesity (Dweck et al. 2014).

Stress and anxiety of course have many other worrying psychobiological effects, including increasing the chances of almost every kind of illness, physical and psychological, and indeed of early death (Van Niel et al. 2014; Dube et al. 2003). The most powerful rigorous research about this is from the Adverse childhood Experiences studies (ACES), as highlighted in this radio 4 program I was involved in.

There is a growing literature on the relationship between stress and trauma and obesity, with childhood trauma associated not only with obesity but also with a hugely increased likelihood of diseases loosely grouped under the heading of metabolic syndrome, including heart disease, diabetes and strokes (Farr et al. 2014). One huge study, analysing 112,000 subjects, found a very clear link between early childhood trauma and adult obesity (Hemmingsson et al. 2014; Cox et al. 2015). How might this happen? It seems that high stress levels disrupt our metabolisms, having an effect on our body chemistry and on weight-regulating hormones such as leptin, adiponectin and irisin, particularly in people who suffered childhood abuse or trauma (Dalamaga et al. 2013).

Obesity is of course also related to the stressors that occur due to low socio-economic status, with people, especially women,  raised in poorer circumstances being considerably more likely to be overweight as adults (Pudrovska et al. 2014). The socio-economic status of the neighbourhood one is brought up in seems to be a powerful determinant of weight (Fan et al. 2016).

This happens of course on a micro, family level too. For example parents with an insecure attachment style who struggle to regulate their own emotions have been found to be more likely to have kids who indulge in foods that are less healthy, and who are likely to become obese (Fiese and Bost 2016). This is partly due to using food as a comforter to compensate for unhappy feelings, but the stress in itself is likely to drive both children and adults to not only comfort eat but also to store fat.

Feeling good about our lives and what we are doing will inevitably mean consuming less calories. In fact people who do the same activity, such as running a race, and find it pleasurable are less likely to eat high calorie foods than those who are dissatisfied or unhappy about the same run (Werle et al. 2014). If you get people to do some exercise and tell some it is a pleasurable, relaxing  activity while others are told it is exercise, the latter afterwards tend to consume more calories and less healthy foods. The causal relationship can feel backward: feeling good helps you to eat healthily, creating a virtuous cycle for those without stressors.

What are some of the lessons from this kind of research? Firstly, it does not mean that we should not continue to campaign against advertising which suggests that skinny prepubescent looking bodies are what is attractive. Nor should we let up on arguing that companies who basically sell addictive products should be brought to rights. Such practices are as pernicious and dangerous as selling cigarettes and other addictive health damaging substances. Indeed it might well be the combination of the availability of high calorie, high fat foods with the biological predisposition to consume these in times of stress that has given rise to such an obesity epidemic. Possibly in previous historical periods obesity did not ensue because such unhealthy foods were not so freely available.

Nonetheless this research could be used to try to halt the tendency of certain already marginalised sectors of society to be blamed for what are basically the effects of stress, fear, unhappiness, worrying parenting, inequality, poverty and bad luck. There are issues here that need addressing. This might be on a socio-political level, but also community interventions, improving neighbourhoods as well as helping people feel better about their lives through wellbeing enhancing help such as mindfulness, therapy, yoga, exercise, dietary advice and the like. These can all make a huge difference. As many of us have tried to argue, we need an ecological approach that takes seriously the psychological, biological, family, community and societal issues. Social issues affect us at a cellular level.

Thus in the face of an encroaching obesity epidemic we must avoid simplistic and judgmental solutions, many of which blame sufferers. Our culture is rife with judgemental attitudes about weight and shape. Few of us are immune to preoccupations with our bodies. Diet and food books consistently make the top 10 bestseller lists in the UK and rising obesity levels are seen as a huge threat to the NHS budget. While pubs serve ‘heart attack’ 2000 calorie burgers,  rising numbers of ‘super-obese’ young people are being prescribed surgery.

The obesity discourse is just one example of how we need to intervene using reflective psychological understanding, alongside good research and an approach that takes account of individual, social, neighbourhood and macro-political issues as well as the importance of attachment, parenting and the ways we cope with psychological stressors.